Acupuncture is an alternative medicine that has been around for a long period of time and some say that it is four to five thousand years old. Acupuncture is part of the five branches of Traditional Chinese Medicine (TCM), with Chinese medicinal herbs, Chinese diet, Tui Na massage, and energy exercises such as Qi Gong and Tai Chi.

Acupuncture is a holistic approach which means that it treats the person as a whole, taking into consideration not only the physical symptoms but also the mental, emotional, social, and environmental factors. It acts on the Qi, the energy which circulates in the body through the meridians. Needles are inserted at precise points on the body in order to regulate the flow of Qi as well as targeting physiological, psychic, and organic functions.

The theory of Yin-Yang originates from Taoism and it is based on the observation of nature. In TCM, health is said to result from a balance between Yin and Yang, diseases from its imbalance, and death from its separation. Yang is associated with the following characteristics: male, warm, dry, moving, and bright. Yin is associated with the following characteristics: female, cold, wet, still, and dark.

The five elements are generated and controlled by the generating cycle and the controlling cycle.

When an element is deficient or in excess, it can bring all the other elements out of balance.​​ 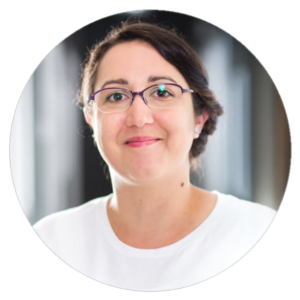